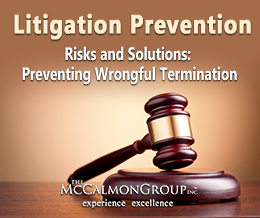 Two former employees of a global online retail organization are speaking out against their employer, stating leaders failed to protect warehouse employees, and then retaliated against the employees who tried to do something about it.

The two tech employees say they wrote an email to colleagues addressing the warehouse working conditions, which led to an online event featuring warehouse employees sharing their experiences. After considerable positive response, the original email disappeared, invitees saw the event deleted from their calendar, and the employer terminated the two tech employees.

According to one of the workers terminated, the employer told her the termination was because she violated the organization's "non-solicitation" policy. The employer's spokesperson stated they terminated the two tech workers for "repeatedly violating internal policies," and gave no further explanation.

Employees then planned a "sick-out" protest in response to the terminations. Again, organizers invited employees to watch online speakers, and again, the employer deleted the emailed invitations.

Over the past two months, the employer terminated multiple warehouse employees and criticized several others because, workers say, they spoke out in opposition to inadequate safety measures in the warehouse. The employer terminated the organizer of a walk-out at its New York City-area plant, which has experience at least 27 COVID-19 cases. The employer rejected the protesters' allegations, but soon after implemented changes that addressed many of the concerns. Josh Dzieza "Amazon tech workers are calling out sick in protest over COVID-19 response" www.theverge.com (Apr. 24, 2020).

When employees engage in protected concerted activity, employers must take care their response does not violate the National Labor Relations Act (NLRA).

Section 7 of the Act applies to non-union workplaces. It prohibits retaliation against employees from retaliation for engaging in “protected concerted activity.”

Employees can act along with coworkers to discuss and address work-related concerns regarding, for example, wages, benefits, hours, or working conditions. As long as the employees do not say something knowingly and maliciously false or publicly disparage an employer’s products or services without relating the complaint to a labor issue, the employer should not retaliate against the employees.

The employees in the above article outlined their safety concerns, which included transparency and full disclosure of confirmed COVID-19 cases in the workplace; more comprehensive cleaning measures; paid sick leave that covers personal and family infections; health care for all employees; and relaxation of work quotas to meet sanitizing and social distancing requirements.

Non-solicitation policies prohibit employees from canvassing coworkers for donations, gifts, or time and should not be used to prevent protected activities.

Employee Training Is Important For Cybersecurity, But Other Safeguards Are Needed, Too

It is not enough to train employees on preventing cyberattacks. Read why technology, such as Network Traffic Analytics, is necessary.

Data Breach Notification Plans Are Necessary For Reacting To A Breach

Organizations need a data breach notification plan in place, and the capacity to carry it out. We examine.

Computer Viruses Are Hidden In Coronavirus Information: Signs To Look For

Cybercriminals are constantly coming up with new ways to obtain your personal information. Read tips to protect yourself from the latest criminal innovations.