Home Cameras Are Important For Preventing Kidnapping And Identifying Kidnappers 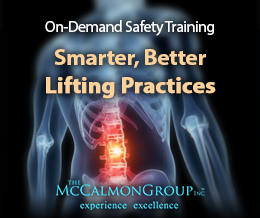 In October 2019, a 50-year-old tech executive and cannabis entrepreneur was asleep in his Santa Cruz, California home when four armed men invaded his home. The executive was kidnapped and later murdered.

Recently, the Santa Cruz County sheriff announced the arrest of the four suspects on charges of kidnapping, murder, and robbery. Two of the suspects were employees of the victim's cannabis business. None of the men had a prior criminal record nor were they from the Santa Cruz area. The motive was determined to be robbery.

Early on in the investigation, surveillance video showed three men, one with a rifle, entering the CEO's multimillion-dollar house just long enough to force the victim into his girlfriend's car and drive off. Of potential interest at that time was that the tech executive had also recently formed a cannabis manufacturing company. Finally, anonymous reviewers on social media platforms opined that the victim was not a pleasant person to work for, and described him as rude, disrespectful, vulgar, and condescending.

However, the sheriff said that ultimately the surveillance video, social media, and tips were not key factors in identifying the suspects.

Cracking the case took "vigilance" and "resilience." The Sheriff said the case was solved by outstanding police work being supported by many unspecified groups. One of the suspects is currently being extradited to California; the other three arrested men are in the Santa Cruz county jail with no bail. "Santa Cruz Sheriff reveals how Tushar Atre knew his suspected killers" www.kron4.com (May 22, 2020).

Even though in this case the authorities state they did not solve the crime based on social media tips or surveillance video, this does not mean such approaches are not useful.

In this matter, employees were involved in the crime. Motive is not known, and there is no record of a demand being made.

Although social media may not have led to an arrest, the use of high quality, night-vision surveillance cameras may have provided law enforcement with enough information to uncover the criminal’s identity.

Surveillance footage should be retained for a minimum of two weeks. It should be noted that most kidnappers will conduct physical surveillance of the target. This can help investigators identify the wrongdoers more quickly.

It is unclear if the California victim’s home alarm system was functioning, or if the suspects/employees were familiar with the system. In any event, it is prudent to change the alarm codes regularly. Most systems allow a temporary guest passcode to be used for short-term houseguests, service, or repair persons needing access to the house. Keeping track of who has those passcodes and sending an email detailing who has access to the house or office to a trusted third person, administrative assistant, or even to yourself, could be invaluable to law enforcement in the event of an incident.

Employee Training Is Important For Cybersecurity, But Other Safeguards Are Needed, Too

It is not enough to train employees on preventing cyberattacks. Read why technology, such as Network Traffic Analytics, is necessary.

Data Breach Notification Plans Are Necessary For Reacting To A Breach

Organizations need a data breach notification plan in place, and the capacity to carry it out. We examine.

Computer Viruses Are Hidden In Coronavirus Information: Signs To Look For

Cybercriminals are constantly coming up with new ways to obtain your personal information. Read tips to protect yourself from the latest criminal innovations.