Would Your Organization Benefit From A Four-Day Workweek? You Make The Call 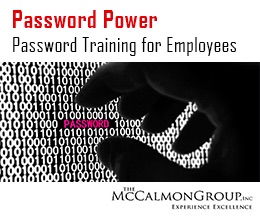 Microsoft Japan has seen a rise in employee productivity during a four-day workweek trial period instituted by the company in August. During the trial, employees worked Monday through Thursday and were given special paid leave on Friday. This program was instituted by Microsoft Japan as part of its Work-Life Choice Challenge, which also included an employee support program involving travel-related expenses and workshops

The four-day workweek increased productivity by 40 percent, and 92 percent of employees stated they enjoyed the program.

Additionally, during the four-day workweek trial period, the company saw other unexpected benefits. For example, the number of papers printed dropped by 58 percent and electricity consumption was down by 23 percent.

So, the question for our readers is: Would your organization benefit from a four-day workweek?

Please take the poll. Here are some opinions of the McCalmon editorial staff:

A four-day work week and other trends to limit the time at work all seek the same goal…through work-life balance increase productivity. What we do know is that time spent at work does not necessarily equal more productivity. However, it is still questionable whether time away from work increases work productivity. My personal opinion is that more flexibility in the work schedule improves productivity so that employees can determine their own path to achieve that balance.

A four-day work week could work for many types of businesses, but not for all. Even in organizations that it would work for, it would be wise, before implementing such a change, to give employees significant lead time in which to reorganize their personal lives. Imagine parents or other family caregivers (used to leaving work at 4:00 or 5:00 p.m). now having to stay much later into the evenings on their four workdays, even though they are off work on the fifth day. Meals, transporting children to sports activities, music rehearsals, etc. would all have to be managed in a new way.

You can answer our poll. Please note any comments provided may be shared with others.

Cybercriminals who breach your security cameras and other devices can spy on your every move. Learn how to protect your cameras from intruders.

Performing a risk assessment can help your organization identify where you are vulnerable. We examine.

How Long Are Your Passwords?